Tour Style:
To make the most of your time in China, you likely need to book an all inclusive holiday to China. 6 Days China Ancient Capitals Tour ticks off Beijing & Shanghai's top highlights, this China tour let you enjoy all the benefits of an all inclusive tour including hassle-free transportation, with your knowledgeable guide, you'll get to know the mysterious oriental country deeply.

Pick-up point:
Beijing International Airport (based on your requirement)

Finishing point:
Xian International Airport (based on your requirement)

Upon arrive in Beijing, our local guide & driver will pick you up at exit of airport with a welcome sign " China Private Tour". Drive you to your hotel, you will have free time to explore Beijing city on your own after hotel check-in.

In the morning, first head to the with a brief visit to Tiananmen Square which is now the largest city plaza in the world. Tiananmen Square is the geographical center of Beijing City. It is the largest city square in the world, occupying an area of 440,000 square meters (about 109 acres), and able to accommodate 1000000 people at one time. Tiananmen Gate on the northern square was the site where the Chairman Mao announced the establishment of the People's Republic of China. After sightseeing, walk into the Tiananmen you will meet the one of the world’s 5 most important palaces – Forbidden City, The Forbidden City, also named the Palace Museum, shares the honor of being one of five world-famous palaces with the Palace of Versailles in France, Buckingham Palace in England, the White House in the U.S. and the Kremlin in Russia. The incomparable palace occupies an area of 720,000 square meters (177.9 acres) and has approximately 8,700 rooms. A high red wall with a total length of 3,400 meters (3,718 yards) encases the palace. Have lunch at the local restaurant, taste the local cuisine in Beijing.

After lunch, visit the Summer Palace, it is a vast ensemble of lakes, gardens and palaces in Beijing, China. It serves as a popular tourist destination and recreational park. Mainly dominated by Longevity Hill and Kunming Lake, it covers an expanse of 2.9 square kilometres (1.1 sq mi), three-quarters of which is water.  After 1949, the Summer Palace briefly housed the Central Party School of the Communist Party of China. Many of Mao Zedong's friends and key figures in the Communist Party, such as Liu Yazi and Jiang Qing, also lived there. Since 1953, many major restoration and renovation works have been done on the Summer Palace, which is now open to the public as a tourist attraction and park. After the tour, you will be taken back to your hotel.

After breakfast in the hotel, our tour guide and driver will meet your at your hotel lobby and keep going your Beijing tour.

Firstly, drive about 70km (1.5 h) to witness one of the Seven Wonders of the World – Great Wall. The less-crowded Mutianyu. "If you haven't climbed the Great Wall, you haven't seen China." Many of your friends who visited China before might have told you this. It is indeed an experience of life. As one of the best-preserved parts of the Great Wall, Mutianyu section of Great Wall used to serve as the northern barrier defending the capital and the imperial tombs. It's known for its beautiful surroundings - dense woods and rich pastures changing colors with the seasons of a year. Good sightseeing with nature, take photos from different places and angles so you’ll have plenty of memories you can share with your friends when going back home. Your lunch is offered near the Great Wall in a local restaurant.

On your way back, you have an opportunity to visit the famous Bird's Nest, the main venue of the 2008 Beijing Olympic Games. The design, which originated from the study of Chinese ceramics,implemented steel beams in order to hide supports for the retractable roof; giving the stadium the appearance of a "Bird's nest". The form of the stadium looks like a big nest which embraces and nurses human beings. After the tour, you will be taken back to your hotel.

In the morning, our guide will meet your at your hotel lobby.

The sightseeing today starts with a visit to the remarkable Temple of Heaven, The temple was constructed in 1420 during the Ming Dynasty (1368-1644), and was enlarged during the Qing Dynasty (1644-1911). It is the grandest cult architecture complex in the world and a masterpiece of the Chinese people created in ancient times. It covers 2,700,000 square meters (667 acres). Emperors of the two dynasties used to worship the heaven and pray for rich harvests, as the feudal emperors thought they were the son of the heaven. Afterwards, drive you to Beijing train station for the high speed train to Xi'an, which takes approximately 5 hours, and along the way, feel free to admire a totally different scenery of the countryside. Upon arriving at the Xi'an North Station, Xi'an tour guide will pick you up and escort you to the hotel.

Firstly, drive you to Terra-cotta Warriors and Horses Museum, Terra-cotta Warriors and Horses:Known as “the eighth Wonders of the world”, the museum shows a surprisingly high level in sculpture which is listed as the most significant discovery of the 20th century. Up to now, there has discovered a total of 179 accompanying burial pits of different connotations and various shapes in Qinshihuang’s Mausoleum area. The discovery of these pits has provided all important significance in the research of the burial system of the Qinshihuang’s Mausoleum, the characteristics structures and characteristics of the burial pits. However, what makes people feel amazing is that of all the burial pits, none has been found survived from being burnt down. Your lunch is arranged at local restaurant with authenic Xi'an food.

In the afternoon, head for the Xian Museum. Xi'an Museum has an overall coverage of 245 hectares, which was officially opened to the public in May 2007. This museum collectively reflects the long history of Xi'an city and consists of three main parts of the small Wild Goose Pagoda, which is the national key protection culture unit, the ancient building groups of Jianfu Temple, and the modern culture relic exhibition hall. The last stop is Muslim Quarter. The Muslim Quarter is the largest of the old city's neighborhoods. It's a confusing array of narrow alleys that are wonderful to wander in, get lost, and stumble upon surprising discoveries. Muslim Quarter houses a large number of important Christian institutions. The Muslim quarter begins at the northern city wall, goes south to the northern and western walls of the Temple Mount, to Hashalshelet Street, where the Jewish Quarter begins. To the West, it runs to Beit Chabad Street, which runs between it and the Christian Quarter. After breakfast, our tour guide will meet you at your hotel lobby and your tour start. Continue your tour to Bell Tower, which located in south east of the Drum Tower. In Chinese history from Ming Dynasty, each city had a bell tower and a drum tower. The bell was sounded at dawn and the drum at dusk each day in ancient time, a means of telling time. Xian was not exception. The Bell Tower and Drum Tower of Xi'an date back to the Ming dynasty (1368-1644). The two are located in the center of the Xian city connecting the four roads from east, south, west and north within the city wall. Atop the Bell Tower you will have a panoramic view of the Xian City. A number of highlighted cultural relics are exhibited in Xi'an Bell Tower, including a huge bell, inscribed steles and couplets hung on the column, all of which are of high historical and cultural values. Between the Drum Tower and the Bell Tower, there is a square with grass, dotted with greenbelt beautiful acouto-optic fountain, which is a good place for leisure and entertainment for citizens. 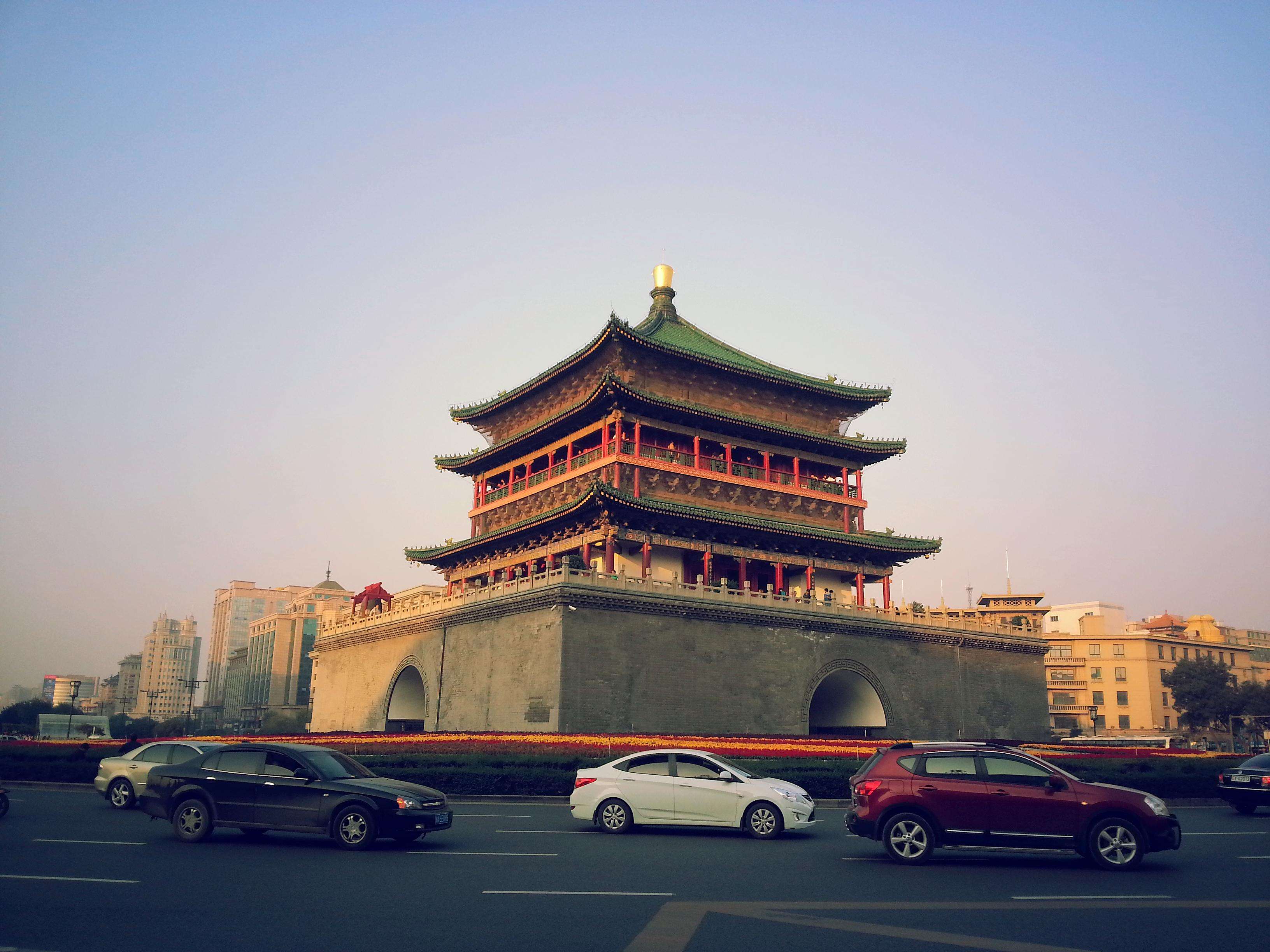 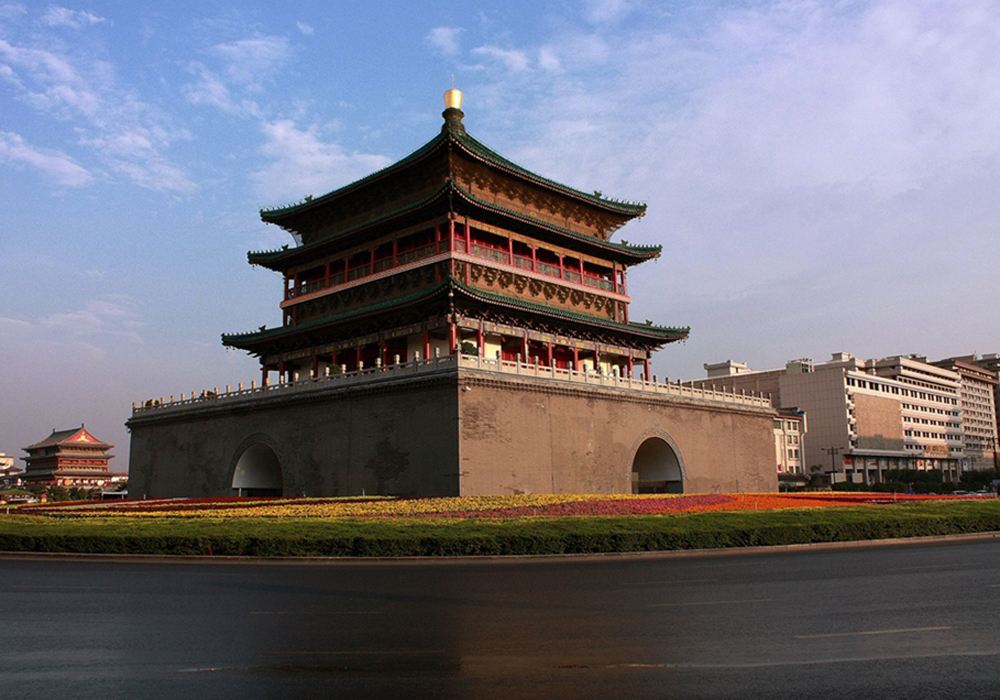 After the tour,  transfer you to Xian airport and you fly home. Your 6-Day Beijing Xian ancient capital tour come to ends.

From $589 per person
Free Inquiry

The following China Tour Packages may also interest you! 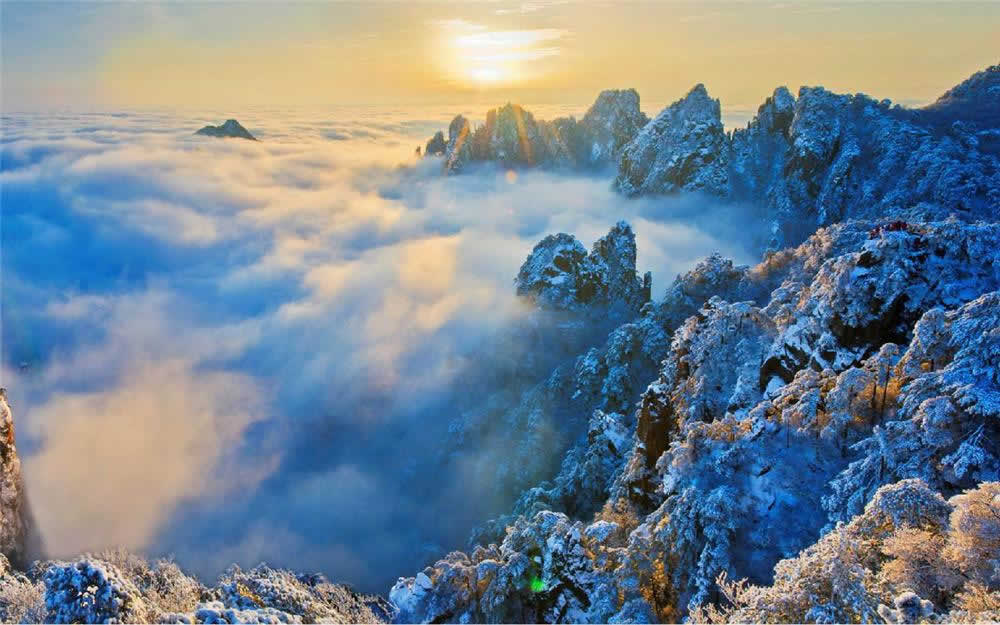 Tour Style：Take in the highlights of this 9-day Shanghai Suzhou Hangzhou and Huangshan tour package covering the best cities around Shanghai, accompanied by a private guide and including accommodation, meals and transport. Cruise down the Grand Canal in Suzhou, visit Suzhou's ancient gardens and spend a leisure time in water town. Soak up the scenery of Hangzhou visiting the famous West Lake, the Longjing Tea Plantation and village. Then, explore the "No.1 Mountain under the Heaven"-Huangshan, hike through the surrounding mountains and explore the UNESCO-listed Village Hongcun Village.

Tour Style：Chinese Silk Road is a route of incomparable attraction to travelers who are interested in the human cultural relics, it was used to be quite prosperous in the Tang Dynasty and now become pretty silent regarding international business.This 14 Days Best China Silk Road Tour from Xian to Urumqi will take you to travel to the mysterious and attractive historical Silk Route in old China, it covers most of the famous spots in Silk Road. 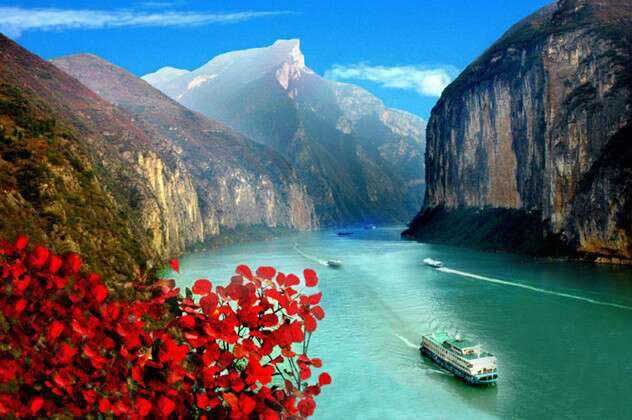 Tour Style：The China's Golden Triangle Tour will Yangtze Cruise covers the most popular cities in China. This China tour package will start from Beijing-the capital city of China to visit the Forbidden city and Great Wall. Taking high-speed train to Xian to explore the marvelous Terracotta Warriors. The highlight of the tour is Yangtze River Cruise, you'll have oppotunity to see the massive Three Gorges and ends your tour in Shanghai with the visit to the Bund, Yu Garden. Learn the history of ancient capitals, know the Chinses culture, and experience the diversified liveliness in China with your knowledgeable guide. 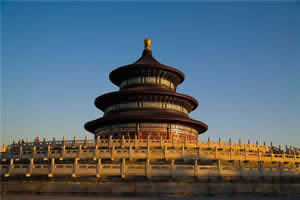 Tour Style：7 Days Shanghai Xian Beijing Golden Triangle Tour by Bullet Train is perfect for travelers who is the first time traveling to China. This China tour coviers the most popular destinations in China with Beijing, Xian as well as modern Shanghai. Accompanied by your knowledgeable guide, take an insight into the must-see sights of China and get deep understanding of its profound history and culture. 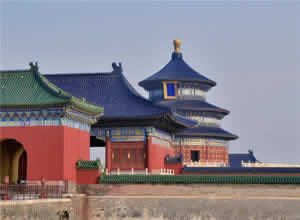 Tour Style：This 13 Days China Tour is an ideal trip will take you to the most important destinations in China, inculdes Beijing, Xian, Guilin, Shanghai, and Yangtze River. The tour covers the best highlights of China in a pleasant and smooth itinerary full of diversities, such as Forbidden City, Great Wall, Terracotta Warriors, etc., but also embrace the fabulous nature beauty of China, including the tranquil Guilin and the great Yangtze River.