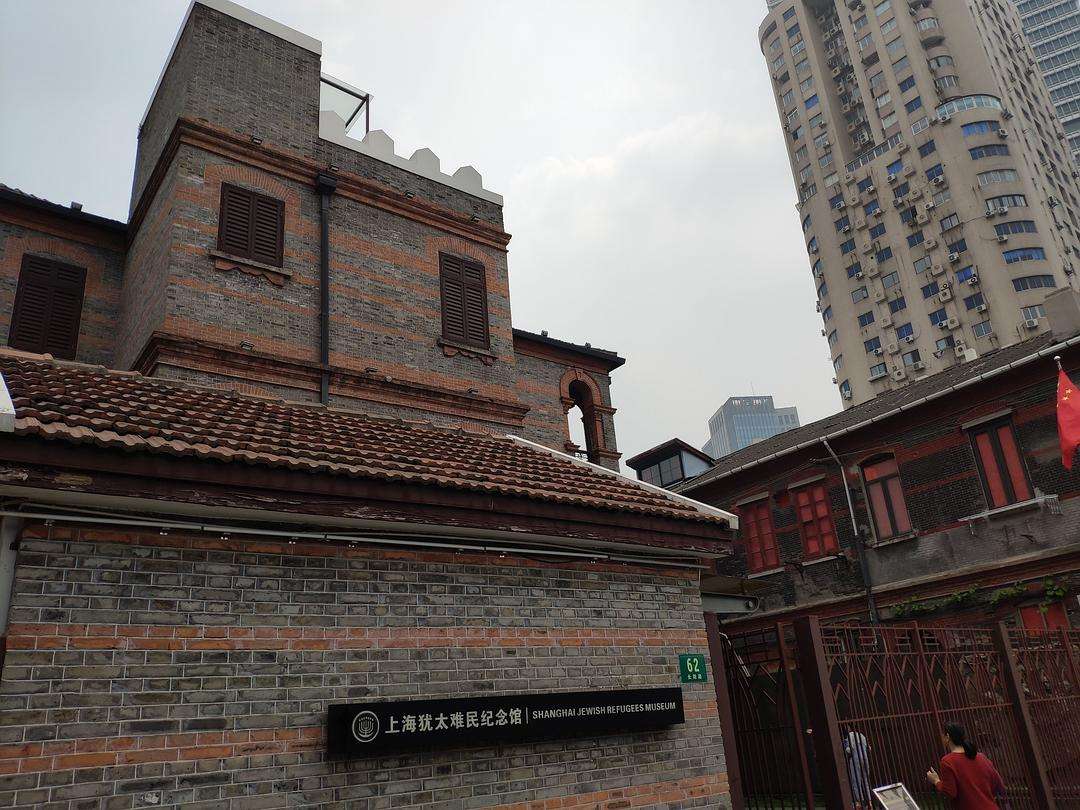 Introdution
The museum, located at 62 Changyang Road, Hongkou District, consists of three parts: the former site of Ohel Moshe Synagogue and two exhibition halls. It is an important component of the “Tilanqiao Historic Area” and serves as a witness commemorating the phase of history when the Jewish refugees lived in Shanghai.

History
Built in 1927, the former Ohel Moshe Synagogue (the prototype of Shanghai Jewish Refugees Museum) was also the headquarters of the Jewish Youth Organization. Between the year 1937 and 1941, Shanghai has received 25,000 Jewish refugees and became the only metropolis in the world which did not refuse Jews. The number of Jewish refugees that city took in was equal to the total taken in by Australia, New Zealand, Canada, India and South Africa. "Ohel Moshe Synagogue" became a synonym for "rescue" and "refuge".

The Jews lived a free and peaceful life around the former Ohel Moshe Synagogue. Between the end of the Second World War II and 1960's, many left China and emigrated to all parts of the world one after another. But the life in Shanghai was so memorable, and they considered the city as their second hometown and called themselves "Shanghai Jews".

In the autumn of 1986, a group of Jews who had taken refuge in Shanghai revisited the place. Feeling an immense gratitude towards the local people for their help, they presented a plaque to the People's Government of the Hongkou District, inscribed, "20,000 Jewish refugees were survived in Shanghai during the Second World War. To all the survivors and friendly Chinese people we dedicated this plaque."

Ever since the former Ohel Moshe Synagogue was approved to become the Shanghai Jewish Refugees Museum, it has been visited by many distinguished guests' visits. On Oct.14 1993, the former Israeli Prime Minister Yitzhak Rabin paid a visit to the Museum. former Ohel Moshe Synagogue. He left these words in the guestbook, "The Jewish People were protected by Shanghai People when they were murdered and driven out by Nazis and wandered in the world. The Israeli Government, Jewish People and I thank for their help from the bottom of our heart." 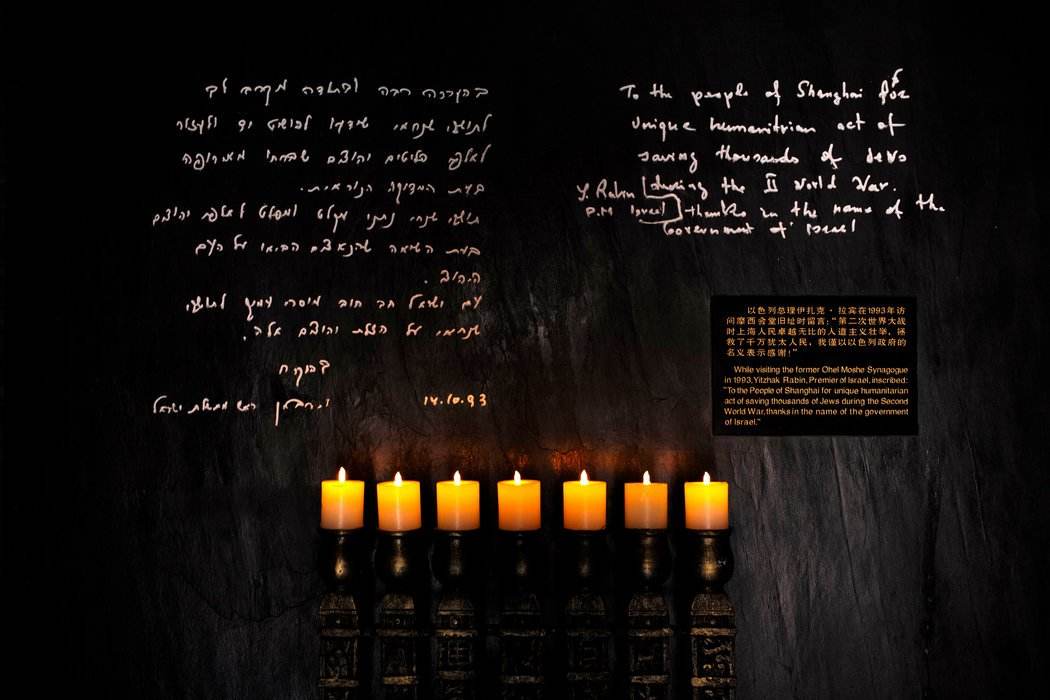 Being an important part of Shanghai Jewish Heritage, on Jan. 13 2004, the former Ohel Moshe Synagogue was acknowledged as an excellent historical building and the People's Government of Shanghai's Hongkou District declared it to be a protected cultural relic site. Now, converted into the Shanghai Jewish Refugees Museum, the three-storey house has been restored to its original state. Its walls are painted grey barred with lines of red bricks. Walk into the quiet main hall, and you will find the ornamentally engraved doors wide open for visitors. It is very quiet. The walls and pillars of the baroque, stone-arched door way have been repainted. The old stuff was gone, except the only the floor tiles are original, from the time of the Jewish occupation, the chairs and the pendant lamps being newly added in the hall. The chairs in the front of the hall are arranged as a place of worship. The Old pictures of Jewish halls and many houses built by Sassoon (a wealthy Jewish merchant) hang on the walls. The decorations and furnishings in the building create a serene and auspicious atmosphere.

Subway: Take Subway Line 4 and get off at Dalian Road Station. Get out from Exit 3 to Changyang Road. Then walk down the street about 500 meters to the museum.