A) The rise of modern
Shanghai in just one hundred years is a miracle in the history of Chinese development. A city is alive when it is full of culture and hai pai (mainly referring to Shanghai) culture is at the root of Shanghai's energy and charm.

Before 1843, Shanghai culture mainly came from the ancient kingdoms of Wu and Yue, from Jiangsu and Zhejiang Provinces. After 1843, when western civilization came to China through Shanghai for the first time, Shanghai developed rapidly into the national commercial and economic centre. Thus hai pai culture, the combination of Chinese and Western cultures, gradually formed. 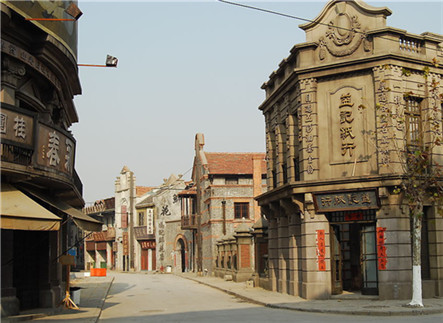 B) Religions
Due to its cosmopolitan history, Shanghai has a rich blend of religious heritage as shown by the religious buildings and institutions still scattered around the city.

C) Architecture Styles
Shanghai has a rich collection of buildings and structures of various architectural styles. The Bund, located by the bank of the Huangpu River, contains a rich collection of early 20th-century architecture, ranging in style from neoclassical HSBC Building to the art deco Sassoon House. A number of areas in the former foreign oncessions are also well-preserved, the most notable ones being the French Concession. Shanghai has one of the worlds largest number of Art Deco buildings as a result of the construction boom during the 1920s and 1930s. One of the most famous architects working in Shanghai was László Hudec, an Hungarian-Slovak architect who lived in the city between 1918–1947. Some of his most notable Art Deco buildings include the Park Hotel and the Grand Theater. Other prominent architects who contributed to the Art Deco style are Parker & Palmer, who designed the Peace Hotel, Metropole Hotel, and the Broadway Mansions, and Austrian architect GH Gonda who designed the Capital Theatre. The Bunds first revitalization started in 1986 with a new promenade by the Dutch Architect Paulus Snoeren, the completion was in the mid-1990s. 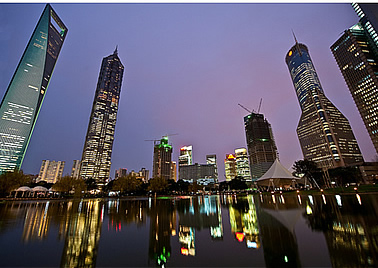 D) Film and Drama
Shanghai drama, under the influence of western dramas, developed into a distinct new style. Hundreds of new programs of Shanghai drama with actors and actresses in modern costumes and Western-style clothes were created from 1903 to the beginning of 1910. Shanghai opera broke the conventions of the traditional Beijing opera through creating vivid and lively artist image, integral effects of stage art, and the unique music with the ancient elements. Beijing opera artists, such as Zhou Xinfang, Gai Jiaotian and others, made revolutionary contributions to the play, performance and stage art of the traditional Beijing opera.

E) Shanghai fashion
Other Shanghainese cultural artifacts include the cheongsam (Shanghainese: zansae), a modernization of the traditiona Manchurian qipao. In the recent times Shanghai has gotten its own fashion week called Shanghai Fashion Week. It is held twice every year in October and April. The April session is a part of Shanghai International Fashion Culture Festival which usually lasts for a month, while Shanghai Fashion Week lasts for seven days, and the main venue is in Fuxing Park, Shanghai,while the opening and closing ceremony is in Shanghai Fashion Center. Supported by the People’s Republic Ministry of Commerce. 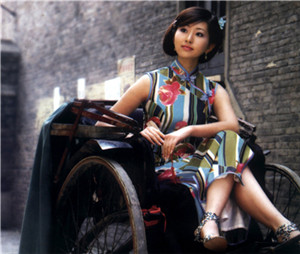 F) Handicrafts
Shanghai is famous for silk embroidery of the Gu family style. It was created earlier than the other four famous embroidery styles (the Su, Ting, Yue, and Shu) which were influenced by the Gu embroidery.