Introduction
Confucian temple is a temple for the veneration of Confucius and the sages and philosophers of Confucianism in Chinese folk religion and other East Asian religions. They were formerly the site of the administration of the imperial examination in China and Vietnam and often housed schools and other studying facilities.

Located at No. 215,Wenmiao Road near Zhonghua Road,Shanghai Confucian Temple is the only ancient architectural complex in downtown Shanghai, which is in memory of China’s outstanding thinker, educator, and originator of Confucius culture, Confucius. Confucius established schools teaching his remarkable Confucius culture which had positive effect on philosophy, politics, ethics, education and politics. Confucius’ theory made great contribution to ancient China’s development of culture and civilization. 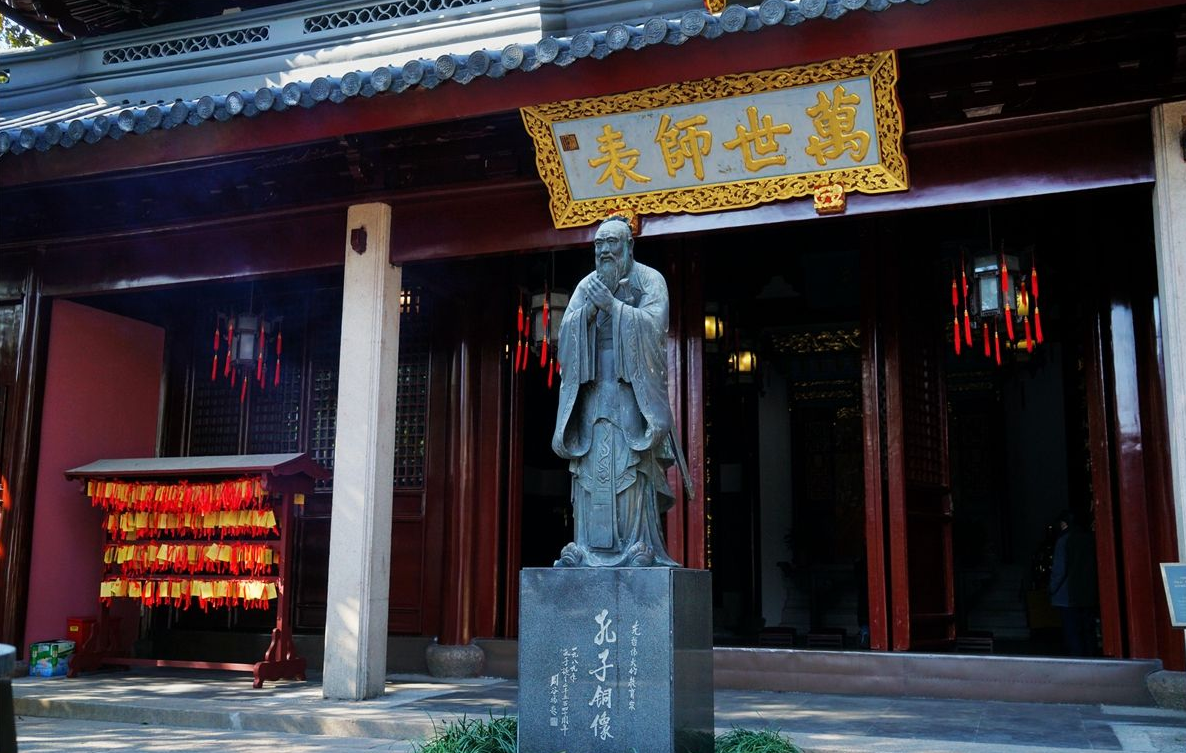 History & Background
The Confucian Temple was first founded during the Yuan Dynasty, when Shanghai, once a small fishing village, was elevated to the status of a county seat. It was also the most prestigious learning institution of the county, as in ancient times a Confucian Temple was typically a combination of temple and school. In the following centuries, it was rebuilt several times. From 1851 to 1855, the temple was occupied by the Small Swords Society and became their headquarters.It was almost completely destroyed during the battle when government troops retook control of it. The government eventually decided to rebuild the temple at the present site.

The temple has witnessed Shanghai's growing progress of more than 700 years, from a small Chinese county to one of the world's biggest metropolises now confronting the problem of integration the modern with the traditional.And was once the headquarters of the Stagger Society, a rebel group that revolted against the Qing's reign in Shanghai from 1851 to 1855. During the Culture Revolution, it was badly damaged but in 1995 it was designated for renovation by the Shanghai government.

In Nowadays,the temple is no longer the study and research center of Confucianism, instead it is gaining fame as a secondhand book market and is the destination for book-lovers and collectors. Structure
Beginning in the Tang dynasty (618–907), Confucian temples were built in prefectural and county schools throughout the empire, either to the front of or on one side of the school.The temple has three courtyards. Although sometimes there are only two. The first courtyard is mainly made up of Jiexiao Hall,Over Panchi, there is a bridge, whose archways were built with stone dragon and lion heads. Walking though the carved stone arch - Lingxing Gate, you will come to the second courtyard, where are Kuiwen Tower for storing books bestowed by emperors, and Zunjing Tower for storing scriptures. Both of the two buildings were built with multiple-eave roofs. The third courtyard, the central of the Confucius temple, consists of the Dacheng Gate, Dacheng Hall, and bell and drum towers.

Unlike Daoist or Buddhist temples, Confucian temples do not normally have images. In the early years of the temple in Qufu, it appears that the spirits of Confucius and his disciples were represented with wall paintings and clay or wooden statues. Official temples also contained images of Confucius himself. However, there was opposition to this practice, which was seen as imitative of Buddhist temples.It was also argued that the point of the imperial temples was to honour Confucius's teachings, not the man himself.

Activities
Every Sunday, thousands of local collectors swarm to the Shanghai Confucian Temple to bargain and buy, exchange or trade rare editions and old books. The market is not big, taking less than 100 square meters of the temple, but it is definitely the best and most mature secondhand book-market in Shanghai.