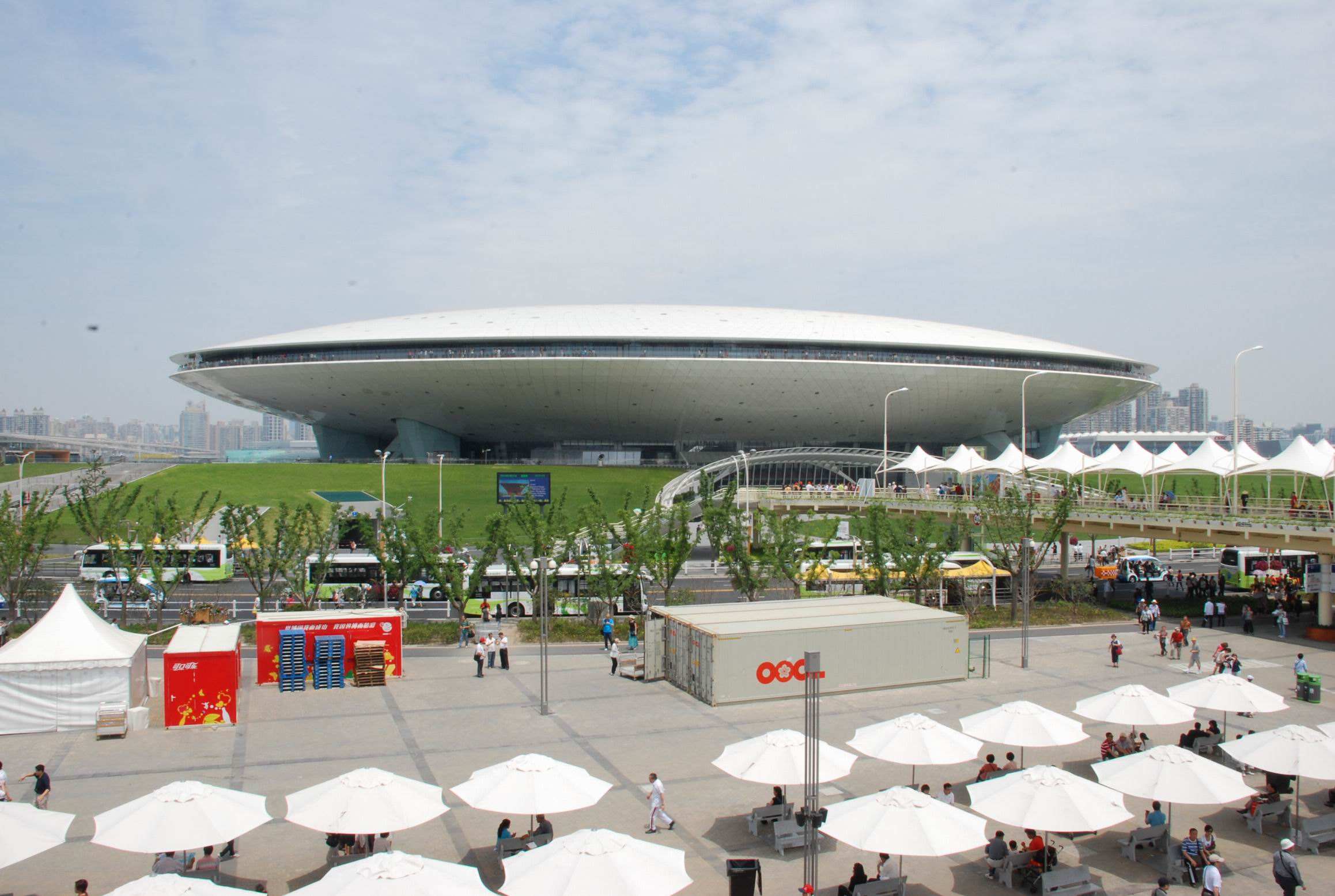 Features
With an area of 80,000 square meters, Shanghai Mercedes-Benz Arena is in the shape of a flying disk, and it was used as an art performance venue during the Shanghai Expo (from May 1 to October 31, 2012), when various kinds of art performances, art exchange, academic researches and celebrations were held. Shanghai Expo Performing and Recreational Center got its present name after the Shanghai World Expo. It can accommodate an audience of 18,000 in one go, so it’s also an ideal place for holding vocal concerts, ice shows and basketball matches. As a matter of fact, it’s also one of the most aesthetic basketball stadiums in China.

Nearby Attractions
Neighboring the arena is Shanghai Expo Center, and it’s advisable for you to explore it to learn more about the 2010 Shanghai World Expo.